Toyo Conditioning is a "therapeutic body work clinic" for the relief of backaches, stiff necks, stiff shoulders, and tired feet resulting from tiredness from work or travel.

The front of For Life office 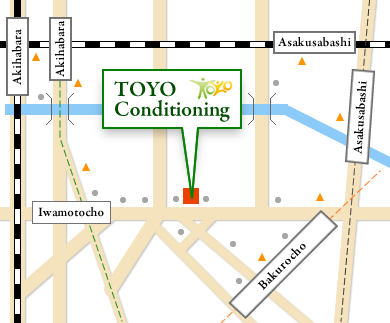 In Japan, it developed as a world leading electronics quarter where the store which deals with various electronic devices, parts (hardware), and software with high economic growth is built and located in a line.
It also has a face of a global tourist resort.
It is called in the abbreviated name of Akiba, Akiba, and AKIBA.

It is a communications tower (transmitting station) in Oshiage, Sumida-ku, Tokyo.
Sightseeing and commercial establishment, and an office building are put side by side, and the circumference institution including a tree is called TOKYO SKYTREE TOWN.

They are the royal palace and dwelling at the time of usual [ of the Emperor ].
Although it cannot go into inside, it can just be going to feel emotion of Japan very much.

Toyo Conditioning is located in the Kanda district of Tokyo which is convenient for transport access by subway or JR lines. It is also easily accessed from sightseeing spots such as Akihabara and Asakusa. Please feel free to come and visit us. 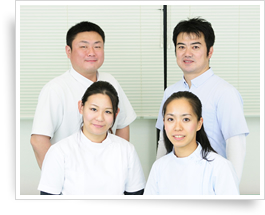